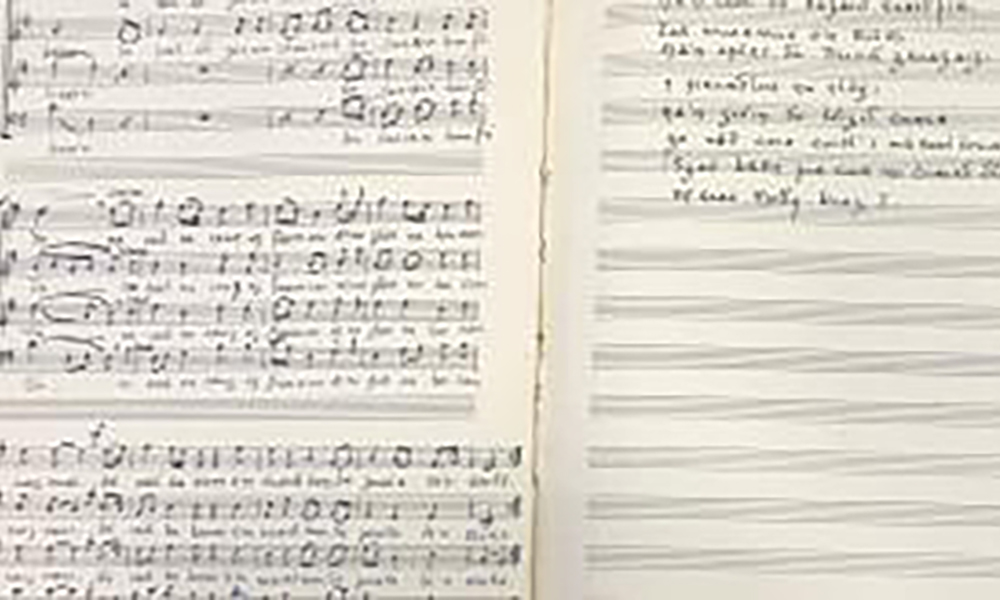 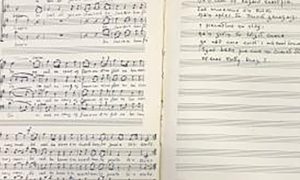 Scope and Content: Ernest de Regge was a major influence in the development of Church Music in Ennis and the Diocese of Killaloe (1923-1958). He was an accomplished musician, organist and composer and much of his music was performed by the choir and broadcast on RTE. He was also instrumental in setting up the annual Church Music Festival, which was held in Ennis in the 1930’s. Under the auspices of an tOireachtas he arranged Irish melodies for school choirs and received many national and international awards for his work.

Ernest de Regge, a Belgian was born in Overmere, Flanders in 1901 where his father was an elementary school teacher and organist. Ernest’s musical talent was recognised at a young age and while still in elementary school he and his brother were given the opportunity of private classes under Jules De Groot, organist at the Cathedral in Ghent. His secondary school in Sint Niklaas prepared him not only for teaching but for also the position of church organist. He then enrolled in the prestigious conservatory, the Lemmens Institute in Malines (currently incorporated into the University of Louvain) where he studied composition, organ and Gregorian music. In 1922 he received the degree of Licentiate in Music claiming first place in composition, while his classmate, the world famous Flor Peeters, took the prize for organ.

From 1900, the Lemmens Music Conservatory in Malines had sent its organists and musicians to Ireland. Ireland had good, well-maintained organs, and a musical people, but lacked trained organists and musicians who could play them to the highest standard. There had been much sympathy in Ireland for Belgians suffering during the First World War, while the struggle for Irish Independence had created much interest and sympathy on the continent.

In 1923, Bishop Fogarty appointed him Music Professor at St. Flannan’s College and organist-choirmaster in the Cathedral of SS Peter and Paul. The bishop’s aim was to implement the instruction of Pope Pius X to simplify choir music. In St. Flannan’s (a junior seminary), de Regge would be instructing future clergy of the Diocese of Killaloe in musical literacy and giving them a firm grounding in Gregorian Chant.

In the 1920s and 1930s he returned frequently to Belgium to continue his studies under the distinguished teacher of harmony and orchestration, Paul Gilson of Liege (recipient of the prestigious Prix de Rome award). They were collaborating in 1942 on de Regge’s Piano Concerto when Paul Gilson died and it would appear that the work was never published. He also continued his studies in composition with Lodewijk Mortelmans, Director of the Antwerp Music Conservatory. The Cathedral Choir had been associated with liturgy in the Cathedral for over 100 years (beginning in 1859 with another Belgian, Charles Louis “Mons” Nono). In the cathedral, de Regge created a showpiece choir, which was the envy of other dioceses. The choir, which often had over a hundred members, was a focal point for the young people of Ennis. The highlights of the church calendar were the Midnight Mass and the High Mass at Christmas, Easter and, of course St Patrick’s Day. Talented local singers received extensive training and in particular the voices of Eva Meehan (alto), Amby Costello (soprano), John Murphy, Aiden Tuttle (both tenor), Stephen Touhy, George Meehan (both bass) and Liam Walker (alto) were highlights of this era. Broadcasts on Radio Eireann included Sacred Concerts 1930, 1933, 1935, 1946 (Diamond Jubilee of Bishop Fogarty), and 1947 (Mass in honor of Blessed Oliver Plunket), in addition to concerts such as the An Tostal in 1953.

In the early 1930’s, the new Irish Republic was very anxious to acquire and publish new Irish music through “An Gum” (the State publishing company). De Regge and Michael O’Siochfhradha (Sugrue), a primary school inspector based in Ennis and a skilled violinist and John McCormack Medal winning tenor took up that task. These two, together with Fr Joseph Rogers, Irish Professor at St Flannan’s and Sr Mary Albeus of the Sisters of Mercy worked for several years adapting old Irish airs for school choirs (22 with commentaries in Irish). O’Siochfhradha and de Regge also published a textbook The Rudiments of Music (1953) in both Irish and English on the teaching of music as a subject for secondary schools.

De Regge composed almost 200 works for choirs of mixed voices, songs based upon English and Irish texts, masses, motets, piano and organ pieces. His profile grew as he won national competitions. He received the Composers Competition Milligan Fox medals in 1939, 1942 and 1946; Dr Annie Patterson Medals in 1943, 1953 for composition, and first prizes in An tOireachtas Ceol: 1943, 1944, 1945, 1946, 1947, and 1956. It was, however, impossible to support this growing family as a music teacher-organist and after entrepreneurial ventures into farming (chickens), importing cars (Borgward and Lloyd) he opened a jewelry shop in O’Connell Street Ennis and a music shop in Limerick. He combined his passion for collecting paintings and antiques with trips to the Dublin auction houses where he bought pianos for refurbishing and resale.

The night before the fateful auction at the historic Carmody’s Hotel in Ennis, he quipped to Paddy Gill (his friend and choir manager) that he would buy de Valera’s bed for him (Paddy was not a Dev supporter). Next day, on January 15, 1958, the floor collapsed during the furniture auction killing him and seven others, and injuring fourteen. That tragedy cast a shadow over the town for many months and years to come.

He is remembered for his great musical talent, his continued and infectious good humor, his zeal and above all his kindness. He was a second father to his students and young choir members and always nurtured their talents; money was never a barrier to someone who had talent. He had special time for those who had to emigrate, perhaps remembering his own times in the twenties, and often took time to write to them to help them through those first lonely weeks, usually in England. Ernest de Regge had become an adopted son of Ennis, and as such had been taken to the town’s heart. He had left his mark on the musical and social life of so many in County Clare and farther a-field.