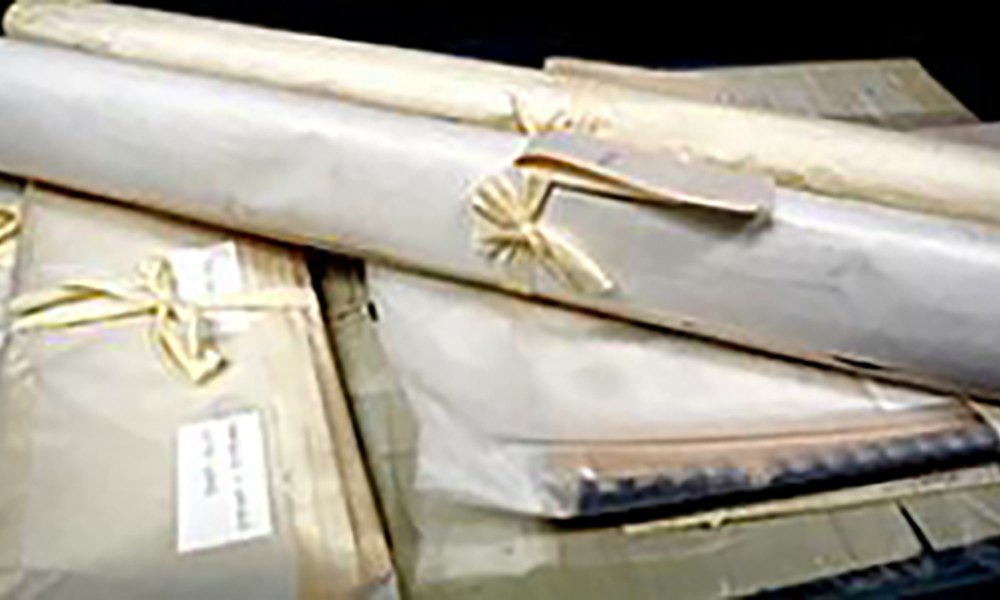 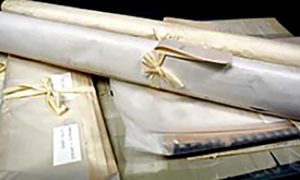 Name of Creator: The Allott family, and the related families of Odell (Power), Morony (Molony) and Lloyd (Peirce, Locke).

Biographical History: Odellville was built in the 1770s by John Fitzcharles Odell and passed to the Moronys through the marriage of Helen Mary Odell to Edmund Morony in 1860.  Their elder daughter, Eliza Helena, married in 1884 her cousin, Henry Vereker Lloyd Morony, while the younger daughter, Geraldine, married Henry Molony in 1889.  On the death of Henry Vereker, the property passed to his only child, Helen Mary Matilda Morony, who married Edward Locke Lloyd of Heathfield, county Limerick, in 1917.   Their daughter, Helen Lucia Lloyd, married in 1945 Michael Allott of Dublin and on the death of her father in 1963 the Odellville property passed to the Allotts. The Allotts operated a dairy farm on the estate and were founders of the Munster Herd of British Friesians in 1945.  They were also active members of the National Farmers Association (later the Irish Farmers Association), their local co-operative creamery committee at Glenwilliam, and later the Golden Vale Cooperative Creamery Ltd.

Immediate Source of Acquisition: Most of the material was donated to the University of Limerick Special Collections on 10 December 2008 by Norman Allott, second son of Michael and Helen Allott.  Items  282-285 were purchased on 29 August 2008, and 286 on 19 September 2008, by Special Collections Librarian Ken Bergin on behalf of the University of Limerick from Alan Warnock Books, Dublin.  Alan Warnock Books are understood to have acquired the items from the Allott family at the time of the sale of the Odellville property following the death of Helen Allott in 2008.

Scope and Content: The material consists of leases, mortgages, conveyances, marriage settlements and wills relating to the families of Odell (1782-1891), Morony (1831-1937), Lloyd (1829-1965) and Allott (1947-1999).  Of particular interest are the copy will and other items relating to Helen Sophia Chenevix (1890-1963), General Secretary of the Irish Women Workers’ Union (1955-1957), member of the Irish Trade Union Congress executive committee (1946-1956), and one of the first female graduates of Trinity College, Dublin (see 83, 87-89 and 104).  There are also extensive records relating to the dairy farm managed at Odellville from 1945 to 1994, including stock breeding and sales records, milk records and farm accounts.  There is some architectural material relating to improvements carried out at Odellville between 1880 and 1900.  There are also nineteenth-century scrapbooks and other items of Quaker interest relating to the Watson and Webb families.

System of Arrangement: The material is arranged into three series.  The first series comprises in the main leases, mortgages, marriage settlements and wills which map out the succession of the Odellville property from its original owners to the Allott family. The second series comprises farm and household records documenting the management of the dairy farm operated by Michael and Helen Allott at Odellville between 1945 and 1994.  The third series comprises mainly items of Quaker interest and some photo­graphic material relating to the Morony family.

Conditions Governing Access: Unrestricted access to most items.  Twenty-four files contain information of private or sensitive nature and access to them is restricted until 2040.  These items have been identified in the descriptive catalogue.

Language/ Scripts of Material: English; some items in Latin.