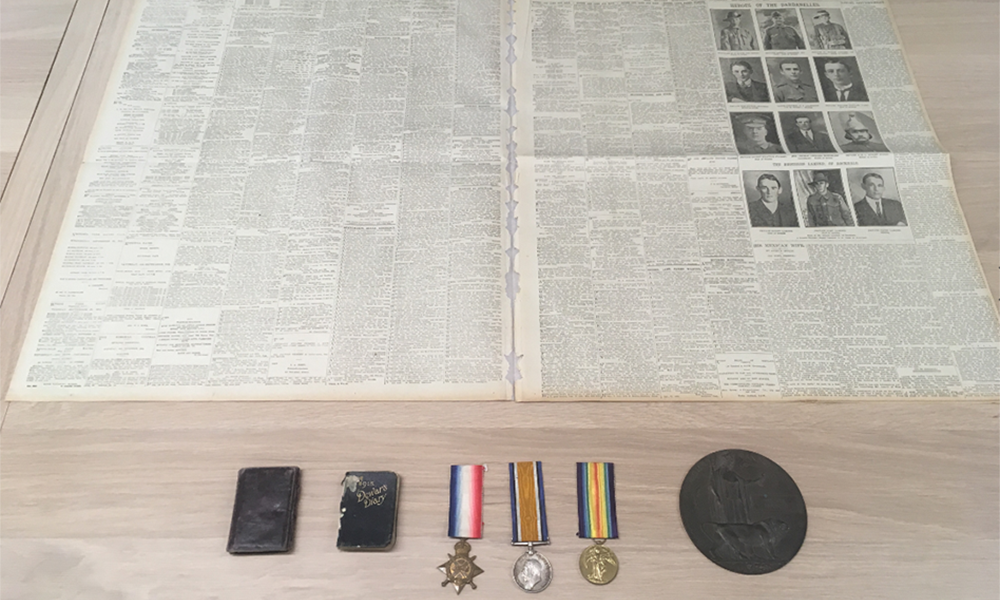 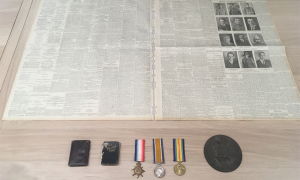 Biographical History: Thomas Noonan was born on 23 December 1891 and lived with his parents Michael and Catherine Noonan together with his four older sisters and two younger brothers at Ballyguy, Barrington’s Bridge, Limerick. Thomas was educated at Murroe National School and later spent three years as an apprentice at McBirney’s Drapery Emporium in Limerick city.  He was engaged in clerical work until May 1914, when the prospect of better opportunities, together with the added spur of relatives already there, encouraged his emigration to Sydney, Australia. In September 1914, he enlisted as a private in the Australian Imperial Expeditionary Force.  Attached to the 13th Battalion, he spent periods of training in Australia and Egypt.  In April 1915, Noonan was wounded in the landings at Anzac Cove on the Gallipoli Peninsula and was transferred to a military hospital in Cairo for treatment.  In July, he was returned to front line duty in Gallipoli, where he was killed in action on 9 August 1915.  He is buried at the 7th Field Ambulance Cemetery in Gallipoli.

Immediate Source of Acquisition: Donated to the University of Limerick by Michael Noonan, nephew of Thomas Noonan, in two instalments on 28 May 2014 and 31 May 2019.

Scope and Content: Diary, letters, campaign medals and other memorabilia relating to Thomas Noonan’s military service in the First World War and his death in Gallipoli in August 1915.

Appraisal, Destruction and Scheduling Information: All records have been retained except for two items not connected with Thomas Noonan, which have been returned to the donor.

System of Arrangement: The material has been divided into four series covering Thomas Noonan’s family background, his military service, his death and the commemoration of his death.  The second series has been further sub-divided by form.  Within each series and sub-series, the material has been arranged chronologically by date.

Conditions Governing Access: Unrestricted access to all items except item P42/2/1/1, which is too fragile to be safely handled.  A typed transcript of its contents can be found in P42/2/1/2.

Related Units of Description: Thomas Noonan’s enlistment and service records can be accessed on the website of the Australian National Archives at http://recordsearch.naa.gov.au/SearchNRetrieve/Interface/DetailsReports/ItemDetail.aspx?Barcode=8002648&isAv=N.  Biographical material is available from the Spirits of Gallipoli website at http://www.spirits-of-gallipoli.com/project/result/NOONAN-T-204.htm.

Archivist’s Note: Papers arranged and described by Kevin Russell under the supervision of Anna-Maria Hajba.