This guide provides an overview of the Bolton Library (also known as the Cashel Diocesan Library) held in the Special Collections and Archives department at the Glucksman Library.

Click to expand the Table of Contents on this page to jump to individual research themes within the collection. 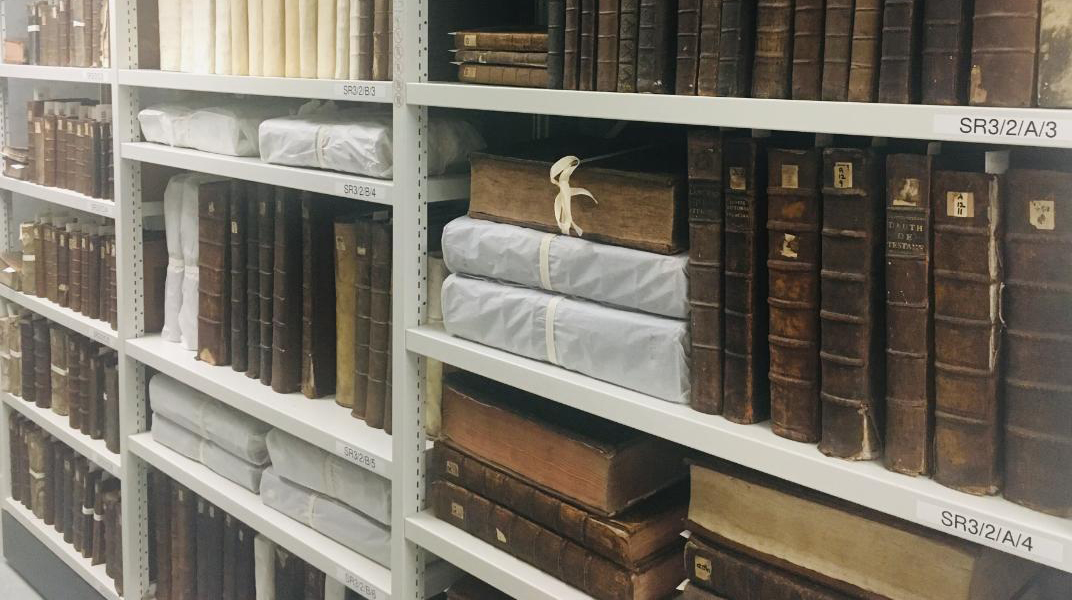 This research guide is a snapshot of the Bolton Library as it stands during the compilation of the Glucksman Library’s digital catalogue of the collection. Commencing in January 2018, we are now over two years into the cataloguing of the collection, and the themes and works listed in this guide have been selected from the 5,000 titles completed so far.

The core of what has become known in the 21st century as the Bolton Library was circa 75 years in the making and began life as two separate collections being amassed at various locations across the four provinces of Ireland, principally during the years 1669–1744. These collections were the passions of two future Church of Ireland archbishops: William King (1650–1729) and Theophilus Bolton (–1744). Bolton acquired a large portion of King’s collection after his death in 1729, and brought it to his home in Cashel, Co Tipperary, to join the shelves of his own growing collection there.

The material collected by these two men reflect individual interests and passions, as well as the output of increasingly enlightened times. It would be a mistake to consider the Bolton Library a religious collection. It is so much more.

This guide has been arranged thematically, with rare, interesting, and keystone works selected under each theme. As the cataloguing project proceeds, more themes and more treasures will come to light, and this guide will be broadened accordingly.

A sample of research topics from the Bolton collection is available here.

Three published catalogues have been produced throughout the Bolton Library’s lifetime:

The current cataloguing project underway at UL aims to produce the most complete catalogue to date, detailing not just the printed works and manuscripts themselves, but also for the first time presenting comprehensive copy specific information on provenance, bookbinding and waste fragments throughout the collection.

Note: if a text is represented in a previous catalogue, the new Glucksman Library catalogue will note all relevant citations, i.e. Bolton Library B.5.1 contains references to all three previous catalogues, as well as the English Short Title Catalogue (ESTC):

For more information on how to search the new catalogue, click here.

Other rare book libraries and resources in Ireland and the UK