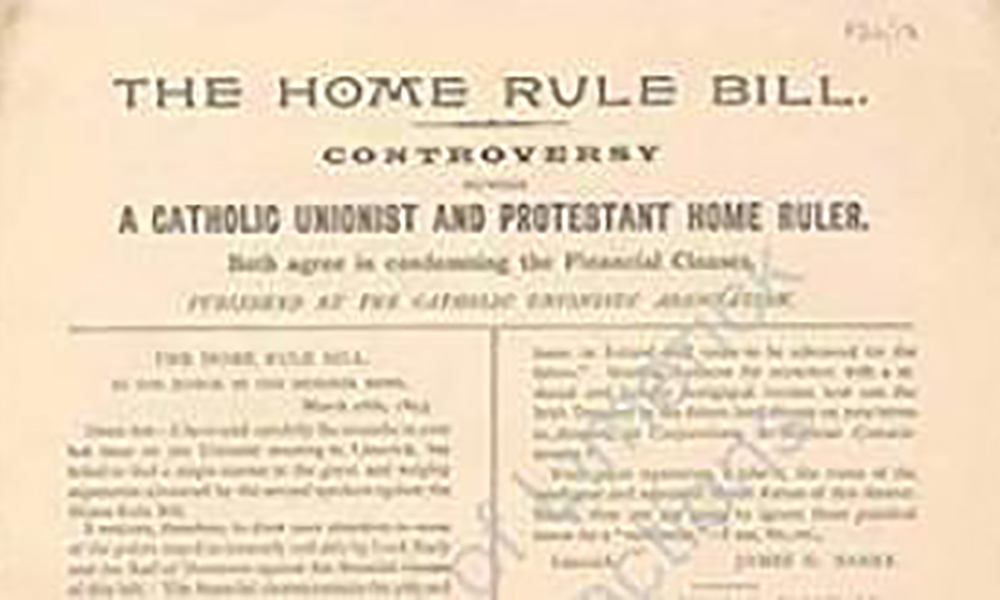 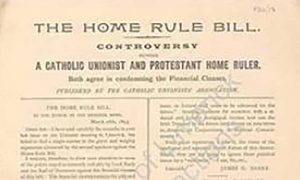 Name of Creator: The Barry family of Springvale, Ballyneety, County Limerick, and of Leamlara, County Cork.

Biographical History: The Sandville branch of the Barry family is descended from David Barry, who received a grant of land in county Limerick having saved the life of an Englishman during the 1641-42 war.  Originally called Fryarstown, the name of the estate had been changed to Sandville by the time of the marriage of John Barry in 1804 to Mary O’Shaughnessy.  Their eldest son, James, established himself at Bellevue, Croom, county Limerick, while the Sandville property passed to the third son, John.  Following the latter’s death without issue in 1860, both properties passed to James Grene Barry (1841-1929), James’s eldest son.

The Leamlara branch of the family is often referred to as Standish Barry to distinguish it from the other Barry families in the area.  The Leamlara estate near Carrigtwohill, county Cork, was granted to the Barrys at the time of the Anglo-Norman invasion.  A castle built on the property in the fourteenth century was utilised in the mid eighteenth century for the construction of Leamlara House.  It remained the family seat until the death of Henry Standish Barry in 1945, when his two surviving daughters sold the property to the Irish Land Commission.  Leamlara was the birthplace of Garrett Standish Barry, the first Catholic Member of the Parliament to be elected after the 1829 Emancipation Act.

Immediate Source of Acquisition: Purchased by the University of Limerick from De Búrca Rare Books on 12 October 2005.

Scope and Content: The papers in the collection relate mainly to the Sandville branch of the family and mostly to the activities of James Grene Barry.

System of Arrangement: The documents have been divided thematically into four series.  Series A comprises early twentieth-century notes on family history, possibly compiled by James Grene Barry, known for his antiquarian interests.  The notes trace the history of the Sandville and other branches of the family to Elizabethan times and include much interesting material, such as handwritten copies of leases, mortgages and other documents, and pedigrees of the Barry and other families.

Series B contains press cuttings, printed circulars and correspondence relating to James Grene Barry’s activities in objection to Gladstone’s Home Rule Bill of 1893.  Of particular interest is a letter from J. A. Rentoul, MP for East Down, outlining his plans to canvass Grand Jury members across the country against the Bill.

Series C relates to estate matters and is divided into two parts.  The first contains documents relating to the Barry estates and the financial affairs of the family.  Some of the material contained in this part provides an interesting insight into Land League activities in county Limerick at the turn of the twentieth century.  One of the few items relating to the Standish Barry branch of Leamlara can also be found in this part in the form of a ledger of farm accounts kept by Henry Standish Barry.

The second part of Series C reflects the professional activities as estate agents of James Grene Barry and his son James Thomas Barry, and the effects on local landowning families of the various Land Acts passed in the early twentieth century.  Of particular interest are items relating to the purchase of land from Henry Lyons of Croom Castle, and the sale of part of the Islandmore estate by Major Roche Kelly.

Series D contains five documents relating to the Shine family of Coolyhenan, county Limerick, many of whom served as Justices of the Peace for county Limerick in the late nineteenth century.  The reason for their presence among the Barry papers has not been ascertained.