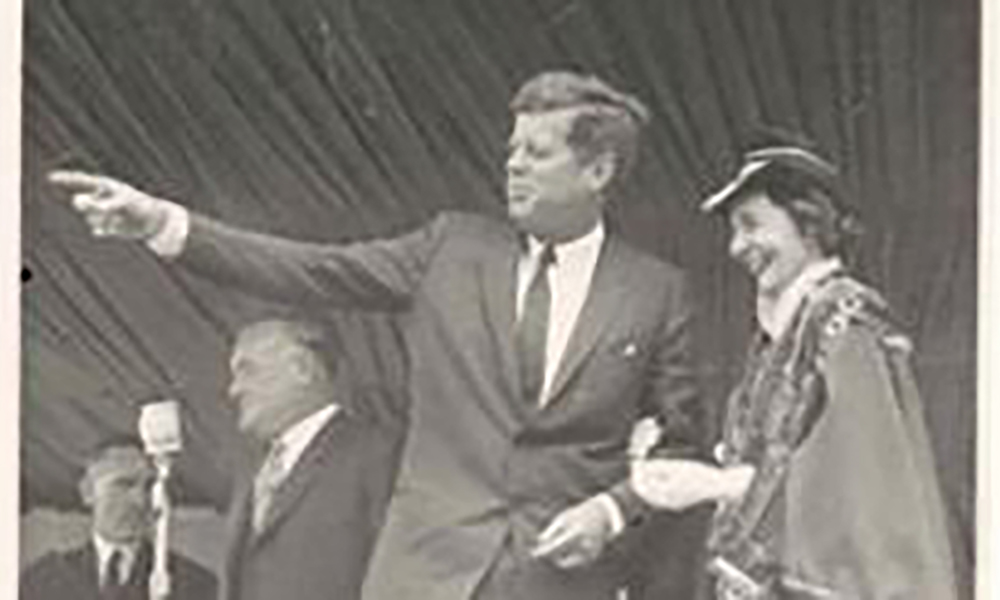 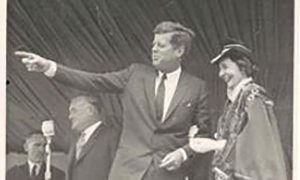 Biographical History: Frances Condell was born Frances Eades in 1916 in Limerick.She married Robert Condell in 1936, and by him had one child, Alan, born in 1937.Condell worked as a teacher in Villiers School from 1955 until 1959, when she was
appointed welfare officer for the Shannon Free Airport Development Company. In
1964, she was appointed public relations officer for Guinness Ireland on a part-time
basis. Condell entered local politics in 1960, when she was elected as a non-political and first ever female Councillor to Limerick City Council. She was nominated and elected mayor of Limerick in 1962, the first woman ever to be officially voted into this position in Ireland. She was re-elected as mayor in 1963, during which term she was to host several visiting dignitaries, most notably President John F. Kennedy, Senator Edward Kennedy, President Kaunda of Zambia, Cardinal Browne, and ‘Lady Bird’ Johnson, wife of president Lyndon B. Johnson. Condell withdrew from political life in 1967 owing to health problems. Throughout her life, Condell also worked as a journalist and was a regular contributor of articles and poetry to the Limerick Echo, The Church of Ireland Gazette, Woman’s Way and The Irish Independent. She died after a long illness in 1986 in Limerick.

Immediate Source of Acquisition: Unknown. Donated to the University of Limerick prior to 1999.

System of Arrangement: The material is arranged into eight series reflecting either the form of the record (e.g. correspondence) or the activities to which they relate.