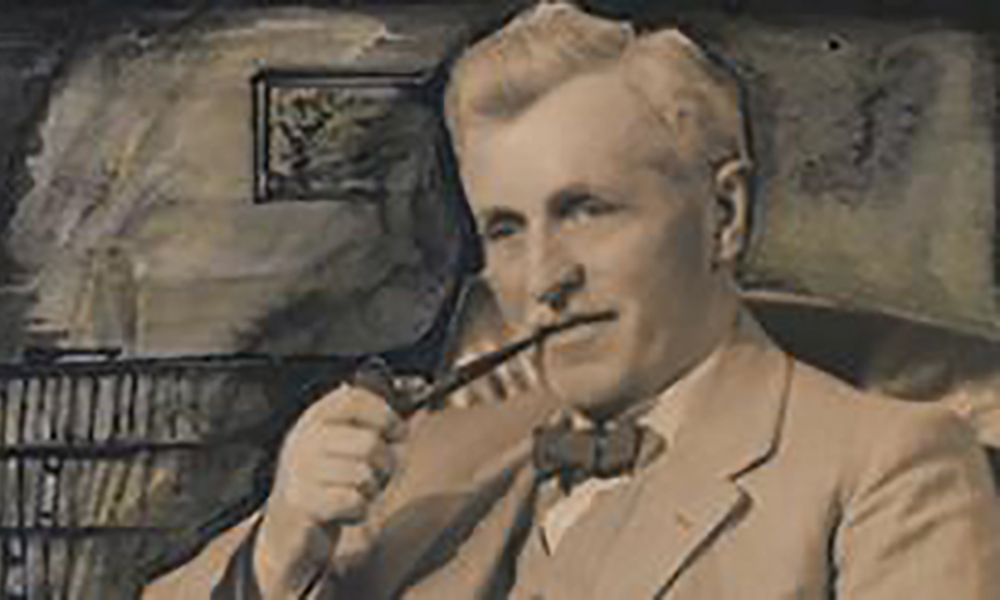 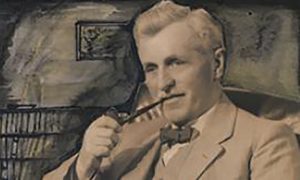 The vast bulk of the material relates to Maurice Walsh himself, and it was decided that due to the amount and diversity of it, it should be divided into two sections. Section A includes documents relating to Walsh’s personal and business affairs and also encompasses letters from friends and admirers. It was decided to include the material on Irish neutrality and his work on ‘Irish Mist’ advertisements in that section as they do no not belong to his ‘mainstream’ literary output, but certainly do reflect some of his personal (and in the case of the latter, business) interests. That section also includes letters from publishers and literary agents which have been grouped together according to the individual or the organisation in question, and arranged chronologically. The same approach has been adopted with the material relating to the proposals for the staging, broadcasting or filming of Walsh’s work. A typescript draft of Cecil Maiden’s treatment of Blackcock’s Feather was found, with its covering letter (P7/144), among the other letters on that subject, so it has been included in the section. The remaining parts of the section are self-explanatory.

Section B is obviously the largest one, containing as it does Walsh’s literary papers. It was decided to arrange those by literary type, beginning with the novels, and to adhere to the order in which they were published. The drafts of short stories have been similarly arranged, according to the collection in which they appeared and in the order in which they appeared within the collection. Every effort has been made to identify each draft or re-draft and it is hoped that all of the identifications are correct. Due to the fact that many of the manuscript notebooks contain drafts of more than one work, it is hoped that the descriptions and cross-references will clarify their content.

In some instances, letters were found with manuscripts or typescripts that were either covering letters, or relating specifically to the work in question. They have been listed with that material in the interests of ‘original order’. For that same reason, source material for two novels – And No Quarter and The Man in Brown – is described after the drafts. It was also decided to list the adaptations for stage and screen of The Road to Nowhere following the drafts of the novel (see P7/183-190).

Generally, with undated material, manuscripts have been described before typescripts, unless it was possible, by reference to the published version, to infer that a typescript pre-dated a manuscript. The remaining sections are self-explanatory.

The collection is a comprehensive record of the life and work of Maurice Walsh, a figure who has a distinctive place in the Irish literary history.