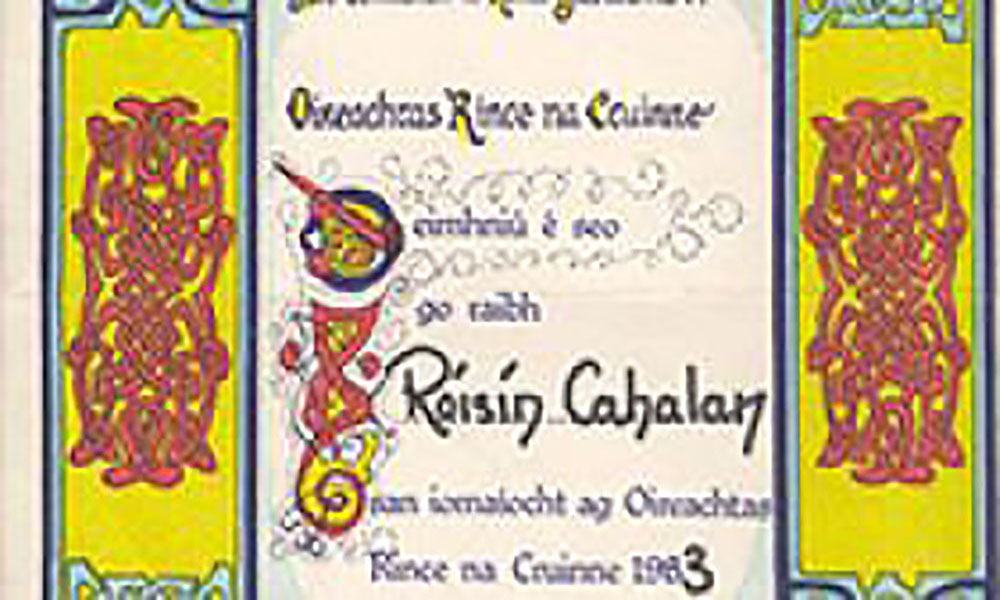 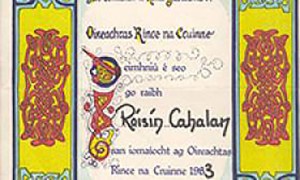 Biographical History: Róisín Cahalan was born and raised in Limerick.  She trained at the Nolan School of Irish Dance for ten years and later at Scoil Rince Dal gCais under the direction of Anthony Costello.  She is a five-time Munster Champion and has placed in the top three at the All-Irelands and British Nationals.  Her highest placing at the World Championships was second.

After retiring from competition, Róisín attended the University of Limerick, where she earned a bachelor’s degree in business and a postgraduate degree in computer studies.  Upon completion of her academic studies, she became a computer programmer in Dublin.  Róisín put her career on hold when she joined the Riverdance Liffey Company in August 1996.  She moved to the Lagan Company in January 1998 and returned to the Liffey Company in August 1998.

Immediate Source of Acquisition: Donated by Róisín Cahalan to the National Dance Archive of Ireland on 23 May 2012.

Scope and Content: Costume, certificates, awards, and programmes illustrating Róisín Cahalan’s development as a dancer and her later involvement in Riverdance The Show.

System of Arrangement: The items have been arranged into three series according to their form and thereunder chronologically by date.