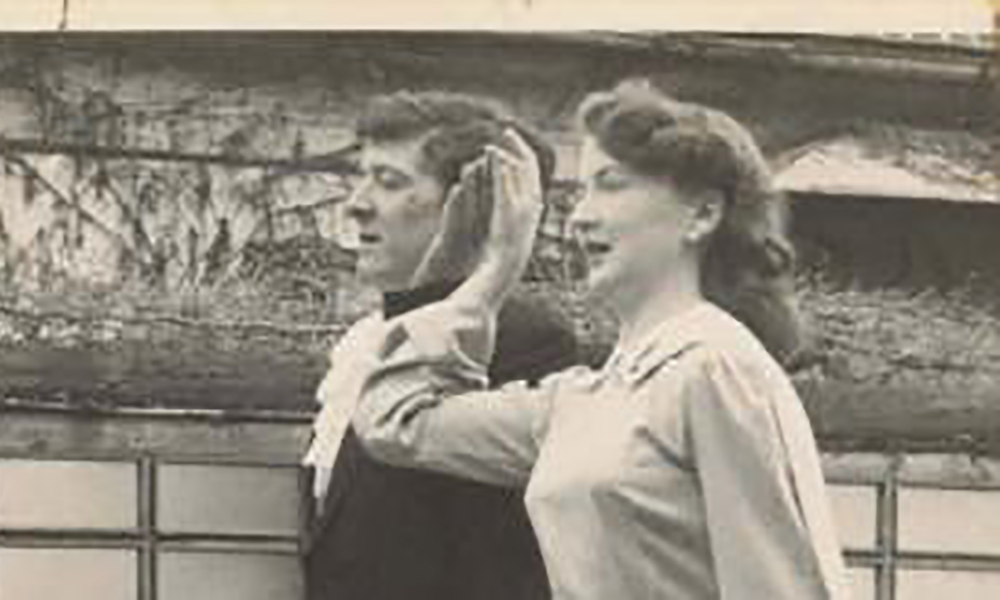 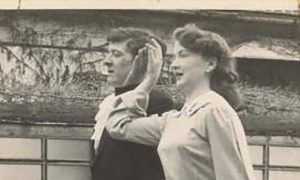 Biographical History: Terry Bowler was born in London on 21 June 1928. His mother was from Dublin and his father from Dingle, Co. Kerry. The family was very musical and had their own Irish band, which during the war played in all the Irish Halls in London. Terry became interested in Irish dancing at the age of 11, when he began to take lessons from Maura Sheehan. In the early 1940s he joined Charlie Smith’s School of Irish Dancing in London and became one of its best dancers, coming second in the All England Championships in the late 1940s. He was also interested in teaching and in 1948 opened his first class in St. Monica’s Hall in Hoxton, East London.

Nancy Brown was born in Mallow on 6 November 1932, but grew up in Cork city. At the age of 4, she joined Joan Denise Moriarty’s ballet classes in Mallow but within a few months abandoned ballet and took up Irish dancing. Between the ages of 4 and 8 she was taught by Kevin O’Connell, Peggy McTaggart and finally by Cormac O’Keeffe, with whom she remained until the age of 18. She was the winner of the Junior Champion­ships two years in succession at Feis Matiu. She also won the Munster championship in the 1940s and came second in the Thomond Belt in Limerick in 1949. In 1952, she moved to London for treatment for a medical condition, While waiting for corrective surgery, she joined Charlie Smith’s School of Irish Dancing in London, initially as a dancer and soon after as a teacher.

Nancy Brown met Terry Bowler in Chelsea at an Irish dancing event in 1952, and the couple married in 1956. They began teaching together in the Bowler School of Dancing in London in 1953, and in that same year were invited to do a tour in Lower Austria. In 1967, Terry and Nancy became the first married couple ever to achieve the A.D.C.R.G. examination at the same time. They both taught Irish dancing for the Inner London Education Authority from 1955 to 1990, and other classes until 1995. For many years, they also taught Irish dancing to the pupils of the Royal Ballet School. As teachers, the couple’s roles were very clear cut, Terry creating choreographies and Nancy polishing the acts. Their dance teams won numerous competitions, including the Figure Dance World Championships in the 1970s. In addition to his love of dancing, Terry Bowler was an accomplished graphic artist and columnist.

Immediate Source of Acquisition: Donated by Nancy Bowler to the National Dance Archive of Ireland on 24 August 2012.

Scope and Content: Correspondence, programmes, press cuttings, and photographs providing an insight into Terry and Nancy Bowler’s dancing and teaching careers, particularly their involvement in teaching Irish dancing to the pupils of the Royal Ballet School in London. Also cartoons and illustrated articles demonstrating Terry Bowler’s skills as a graphic artist.

Conditions Governing Reproduction: Standard copyright regulations apply to all items. For photocopying or reproducing material, please consult with the staff.