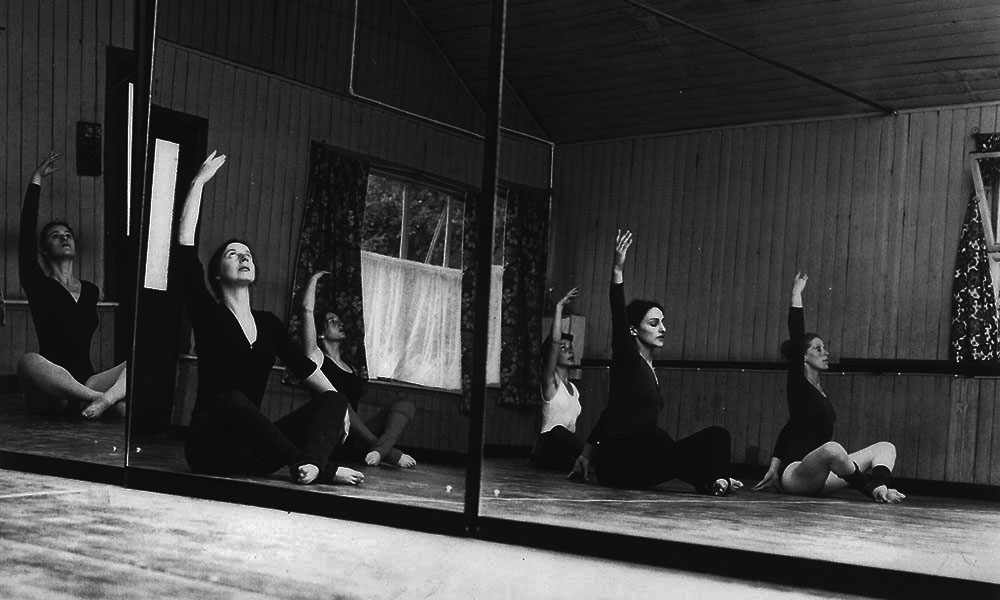 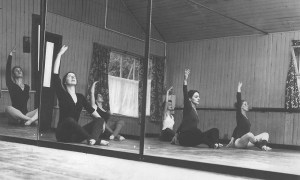 Administrative/ Biographical History: Joan Davis née Citron was born in Dublin in 1945.  She studied tap, folk, and ballroom dancing with Evelyn Burchill as a child, and rediscovered her love of dance at the age of 29, when she began taking classes with the American modern dance pioneer Terez Nelson.  Davis made her public debut as a contemporary dancer in 1975, when Nelson staged a small performance at St Mark’s Church in Dublin.  Davis and Nelson later taught together, but their partnership failed to last, and Davis sought further training at the London School of Contemporary Dance, commuting between Dublin and London on a fortnightly basis to participate in intensive training sessions.

In April 1977, Davis co-founded the Dublin Contemporary Dance Studio with Karen Callaghan.  The school was located at premises on Harold’s Cross, Dublin and opened its doors in September 1977.  It provided an opportunity for dancers to work with guest teachers from abroad, and it was here that many of Ireland’s prominent dance personalities received their first grounding in contemporary dance.  In March 1979, Davis and Callaghan established the Dublin Contemporary Dance Theatre under the patronage of Marsha Paludan and Niall Montgomery.  The company toured professionally in Ireland and abroad and received financial support from the Arts Council.   Its core members were Joan Davis, Robert Connor, Loretta Yurick, and Mary Nunan, but other dancers such as Ruth Way, Judy Cole, Paul Johnson, and Tony Pinder also performed in the company at different times.  The dance company and school played a significant role in establishing and shaping contemporary dance in Ireland, and Davis is acknowledged as one of the pioneers in this field.

The Dublin Contemporary Dance Company folded suddenly in February 1989, when the Arts Council announced the withdrawal of its financial support.  This gave Davis an opportunity to pursue her interest in movement as a therapeutic tool and to seek training in various somatic forms such as Authentic Movement and Body-Mind Centering.  Throughout the 1990s, Davis worked as a movement therapist, advertising this work as The Moving Experience.  She also explored the links between therapeutic practices and the arts, terming it The Theatre of the Unconscious. As part of this exploration, she organised outdoor retreats or “tribals” during which participants lived outdoors and created art and movement in nature.  In 1999, Davis received funding from the Arts Council to explore therapeutic movement forms more fully in a shared dance context.  The project culminated in a performance, Through Fluid Eyes, on Greystones Beach in County Wicklow in August of that year.  From these explorations emerged the Maya Lila training method for professional dancers, which harnesses somatic training practices as a starting point for an exploration of the creative process and encourages coordination between body and mind.

Immediate Source of Acquisition: Donated by Joan Davis to the National Dance Archive of Ireland in two instalments on 8 November 2011 and 8 February 2012.

System of Arrangement: No original order was discernible at the time of accrual.  The material has been organised into five series to reflect the different stages of Joan Davis’s professional career as a dancer and movement therapist.  Under each series, material has been organised according to its form (e.g. photographs) or the activities to which it relates (e.g. administrative records), and thereunder chronologically by date.

Conditions Governing Access: Unrestricted access to most items.  Some items contain personal information and are closed to protect individual privacy.  These items have been identified in the descriptive catalogue.  No access to magnetic tape.  No access to MiniDiscs, V8 tapes, or MiniDVs until contents have been digitized.

Related Units of Description: For related material in the National Dance Archive of Ireland, see collections N37 (Dublin Contemporary Dance Theatre), N38 (Dance Theatre of Ireland, established by Robert Connor and Loretta Yurick) and N1 (Daghdha Dance Company, established by Mary Nunan).  In other repositories, related material can be found in the Project Arts Centre Papers in the National Library of Ireland and in the Abbey Theatre Digital Archive maintained by NUI Galway (accessible in the Hardiman Research Building).