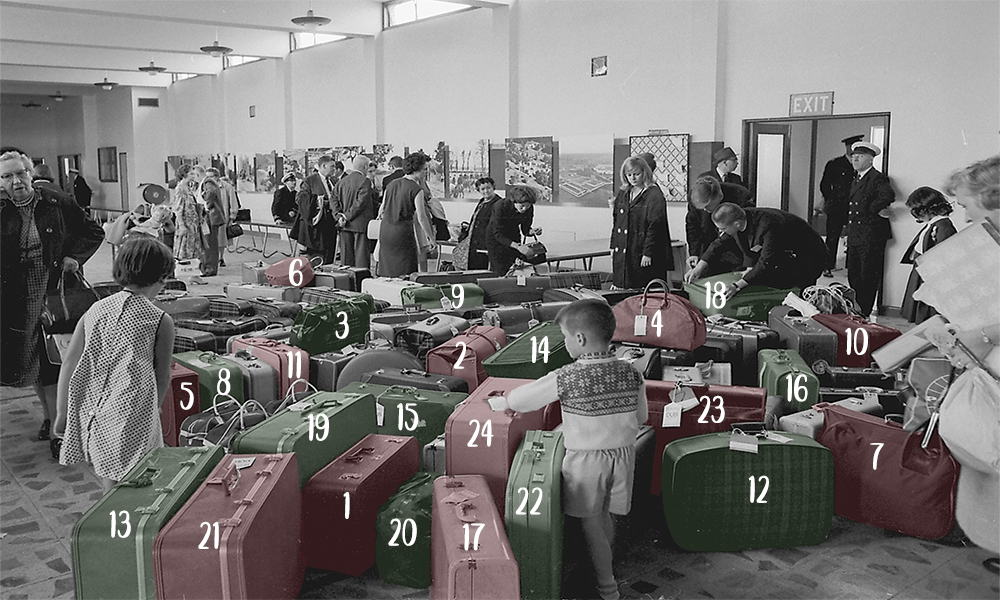 For our Advent Calendar last year, we focused on the theme of ‘place’ and drew on townland maps and images from our collections at a time when we all needed to stay local.

This year, the Special Collections and Archives Advent Calendar will focus on the themes of travel & transport. We are hopeful that the coming year will bring an opportunity for travel and adventure. Drawing on our various archives, rare books and postcard collections, the calendar will highlight some of our collections most interesting modes of transportation and exciting travels.

Check back each day to reveal a new image and hopefully get excited for your next big adventure!

Charles Bianconi, the man who put Ireland on wheels

Charles Bianconi was born in Tregolo, Northern Italy in September 1786. He is credited with introducing cheap and fast public transport to Ireland in the 19th century.  He arrived in Dublin in 1802 as an engraver and print seller, under his sponsor Andrea Faroni. Living by his motto of ‘Earn a shilling a day and live upon a sixpence’, he had saved enough to go out on his own by the end of his apprenticeship. Growing his business slowly, he had taken a large corner shop in Clonmel by 1809.

At the end of the Napoleonic Wars, Bianconi took advantage of a flooded market of cheap army horses and out-of-work horsemen and in July 1815 the first Bianconi car took the road from Clonmel to Cahir. His first cars were jaunting cars, two wheeled carriages for a single horse, with the driver perched on a raised box seat facing forwards and up to six passengers facing outwards, over the wheels. The cars travelled at an average speed of 7 or 8 miles per hour and the charge was between a penny and tuppence a mile. Though progress was initially slow, by the end of the year his cars were running to Tipperary, Limerick, Thurles and Cashel from Clonmel. By the end of the next year he was also running to Carrick and to Waterford and from there his business only continued to grow.

By 1843 his establishment consisted of 1,300 horses and 100 vehicles that travelled no less than 3,800 miles per day, reaching remote places such as Cahirciveen, Clifden, Belmullet and the wilds of Donegal. Bianconi’s cars had opened Ireland up to travel and trade in a whole new way. When rail transport was introduced he adapted, and his services became mainly short-distance servicing of railway stations. In 1845 he was unanimously elected mayor of Clonmel and went on to serve a second term of office. He died an extremely popular figure in 1875, a self made man who had left his stamp on the country and was an integral piece of creating modern Ireland.