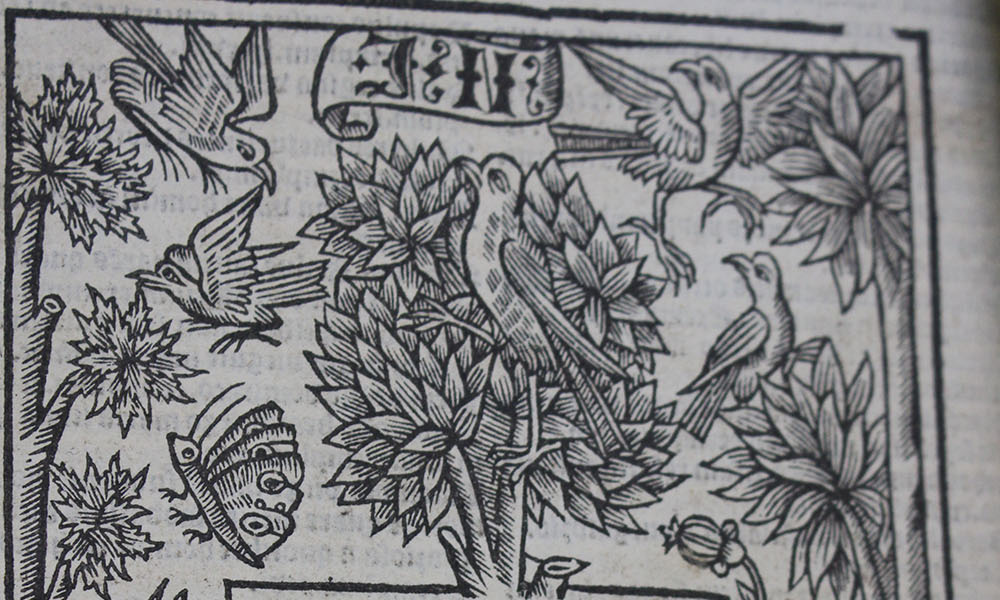 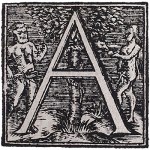 A stunning example of early 16th century printing for you this week in the form of Bolton Library I.17.21.

Sermones discipuli de tempore de sanctis (London : Julian Notary, 1510) is a collection of church year sermons by Johann Herolt (-1468), a German Dominican active in Nuremberg and preaching half a century before the Reformation.1 His sermons are a valuable insight into what affected and worried the people of this continent in the 15th century. It was quite a lot apparently, as this is an imposing volume indeed, coming in at close to 400 leaves!

Herolt’s sermons proved very popular in the 15th century and were widely reprinted,2 and here we find Julian Notary (active 1496–1520) of London, in printing the work some 40 years after the death of its author, adding some diverting beauty to the tome.

The volume’s beautiful title page is printed in red and black and includes a large vignette of Jesus and the Twelve Apostles. An inhabited3 letter S initial kicks off the proceedings:

Inside, the text is printed in double columns of black letter, and is peppered with more visuals, such as this image of the last supper:

The most beautiful part of the volume however, in the humble opinion of this cataloguer, must be the item’s full-page colophon,4 which shows the printer’s initials and full name in a compartment of birds, flowers and trees, accompanied by a butterfly and two dragons, one of which sports two heads.

One would be forgiven for thinking that the effacement which can be seen at the tail of the colophon might be an attempt to destroy something. McKerrow’s reproduction of the image5 shows that what lies beneath is simply the base of some flowers and the second set of Notary’s initials present on the page. The effacement is more likely then a spot of early colouring in, or perhaps some ill-judged pen testing.

Unusually for a Bolton Library item, a collection in which a large proportion of contemporary and perhaps original bookbindings survive, the binding covering this volume is in fact a relatively modern one, from the 19th century. It is more than likely calfskin, but as all leather is rubbed it is quite difficult to tell now.

Inside the rear cover is 19th century printed waste, a fragment from The imperial review (London : Luke Hansard, 1804):

The Bolton Library copy of Sermones is one of just eight known to survive today.6