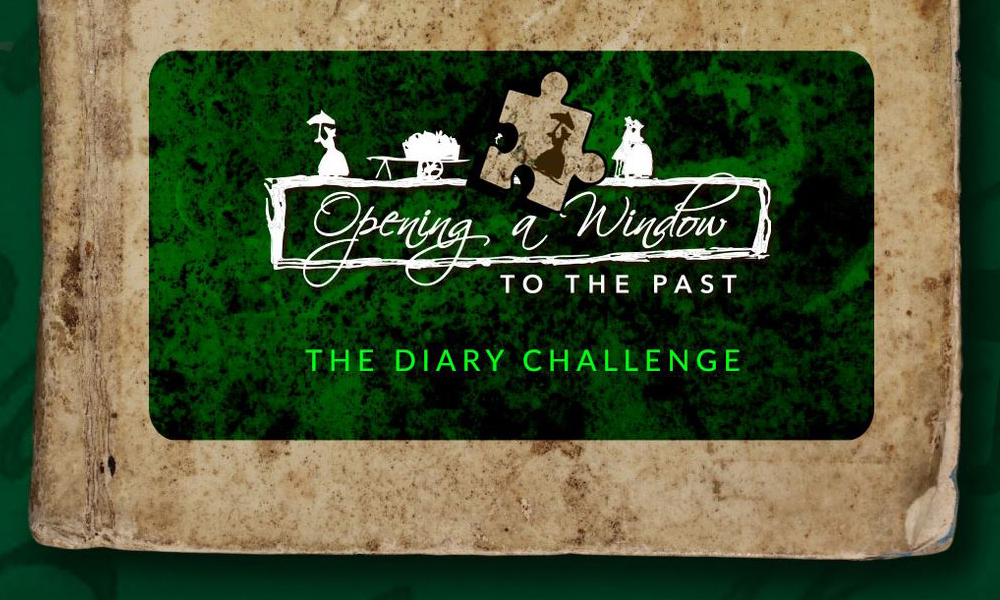 The Special Collections and Archives' online research resource 'Opening a window to the past' was launched in September 2021, and provides instruction on reading, understanding and researching a range of archival diaries available for research at the Glucksman Library. The resource includes a an interactive 'Escape Room' game, using clues from real archival diaries, built by then third year BSc Computer Games Development student at UL, Dónal McFadden, in consultation with the project team. In this post, Dónal outlines the process behind the development of the game.

My name is Dónal Mc Fadden, and I am beginning my fourth and final year of Computer Games Development in the University of Limerick. One of my lecturers, Dr Mark Marshall, of the department of Computer Science and Information Systems, was initially approached by the project team, and after hearing details about the project, I was thrilled about the opportunity to create, design, and release a game from scratch.

The making of an interactive website game was a little challenging to begin with. Much of my previous experience had been with Java and C++ programming, not so much with website-based design aside from some extra weekend courses I took during secondary school. However, last semester I had some additional modules on HTML, CSS and JavaScript that were imperative to the design and programming process. As I first received the project specifications when I was finishing off my semester projects, the early days working on the game focused on brainstorming and light research. Once I had finished with my curricular responsibilities, my full focus went into the game. I was trying to balance the workload so as not to affect my college performance, which is definitely something important for a student doing extra projects like this to consider. One of the key requirements was to allow for someone much less experienced with game development to be able to alter and change it so I kept it as simple as possible with embedded Google Forms with other embeddable widgets and tools.

The game was designed to give the player the role of a detective, exploring a ruined house to find clues to the combination of a safe containing archival records. Using extracts from the three diaries contained in the 'Opening a window to the past' online resource, the player is tasked with solving four main puzzles scattered around the house. The four answers to these puzzles are then used to solve a final puzzle, which deciphers the combination of the safe. Guided by a textual narrative, the player has free control to move from room to room within the house, and can decide what order they wish to complete the puzzles in.

Inserting the different puzzles and finding a way to tie them all together was challenging but was surprisingly fun and rewarding. For one of the puzzles, I was able to track down Jigsaw Explorer, a good open-source jigsaw creator plugin. This was a massive help to keep a variance in how users could interact with the game and to make sure they were not just reading blocks of text.

I tried to find something similar for a crossword, but I could not find anything that was not a subscription model or that would allow me to input images of the diaries for the clues, so I designed one myself as an image and inserted it in.

Once I had completed the different puzzle elements, I had a skeletal website, but it lacked a little flair and some interesting imagery so the next focus was to add some style to the overall project. In-keeping with the research focus of the diary resource, the game was designed using a 'detective' or 'investigation' theme. I got to work in describing the overall plot and atmosphere of each of the rooms with this new setting. My girlfriend, Jordan Lydon, a student studying literature and English was a massive help in editing the narrative to have better structure and flow. To add some imagery to the game, the project team hired graphic designer Ray Boyce of Array Graphics, who did an amazing job creating custom images. When the new text and images were added in it made the website much more impressive and engaging.

Overall, I am incredibly happy that I engaged with this, and I am wholly satisfied with the finished project. I started studying games development because I like playing games and I wanted to try to make a fun experience for others to enjoy. With this being the first game that I have developed and released publicly, I hope it is received well and is a good foundation for me to improve and develop my skills going forward.