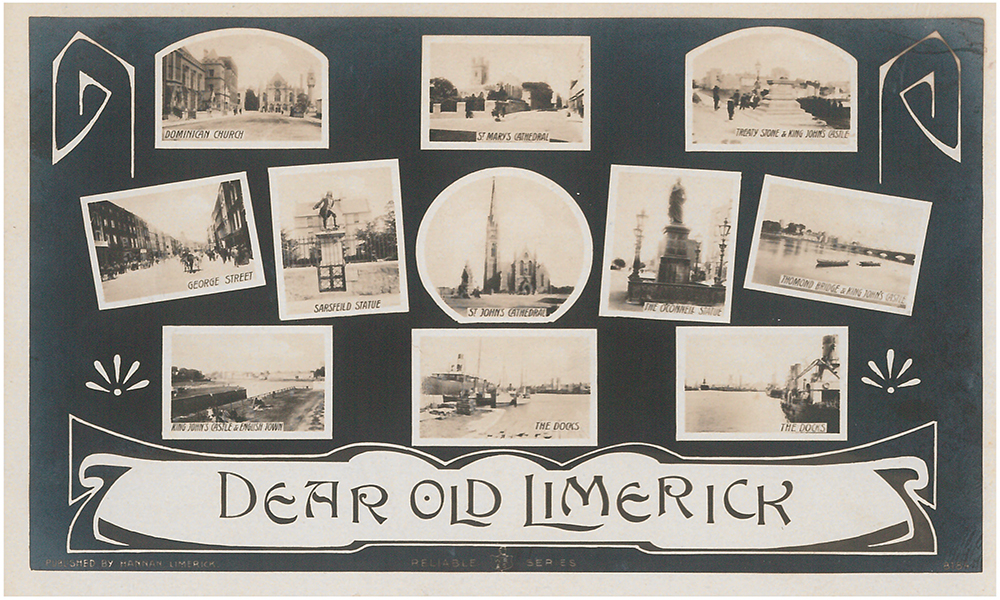 A collection of oral histories, donated by the Limerick Civic Trust (LCT) to the University of Limerick, is due to be released by the Special Collections and Archives Department in the coming months. Compiled over a period of 16 years, the collection consists of interviews from 148 individuals – artists, writers, politicians, millers, fishermen, dockers, and soldiers, to name a few – on topics that are specific to Limerick’s local heritage. Once fully digitised, the interviews will form a welcome addition to the Special Collections and archives’ local studies material, to be accessed by the general public and by professional and academic researchers.

Almost every aspect of Limerick’s local life is mentioned in these recordings. Joyful stories of growing up in large communities, on lanes that no longer exist and sorry tales of extreme poverty and intense hardship go hand-in-hand. Hundreds of men found work in the docks and by fishing for themselves on the river, while women tended to be employed by the likes of Cleeves and Ranks, two of the biggest companies in Limerick at the time. Current events and periods of turmoil, such as world wars and the revolutionary period in Ireland are spoken of in detail, and about how they affected the people of Limerick.

To prepare the collection for digitisation, several steps had to be undertaken. The main aim was to make the collections, once uploaded, as accessible and legible as possible. After converting the old tape recordings to modern mp3 formats, they were checked to ensure that there were no faults with the audio. The audio files were then compared with the existing transcripts to ensure accuracy and, once no faults were determined, the task of gathering metadata for the recordings could commence.

To make the online archive as user-friendly as possible, timestamp categories were used to highlight the changing subject matter of each recording. Extra resources are also included alongside each recording to provide as much information as possible. For instance, where businesses or public places are mentioned, the coordinates of their location will be included. This process poses several challenges as many notable buildings or industries either no longer exist in the city, or their physical appearance has changed dramatically. It was also important to remove derogatory language or private information about people that may still be alive.

In addition, a series of links to extra resources and references to external archives are provided. These include material from the Special Collections and Archives, the Limerick City Library Archives, the National Library, etc. Old photographs and newspaper clippings are extremely beneficial to accompany an oral history archive, particularly when illustrating certain events or public places that no longer exist.

Throughout the process of preparing the archive for digitisation, its value as appropriate archival material was regularly reflected on. Digitising any kind of archival material has become increasingly necessary in recent years, especially in light of the pandemic. It is important that people can access archives online without having to travel. As it is a compilation of oral histories, it has a wider appeal as audio and audio-visual material such as films, documentaries, and podcasts have become increasingly popular. As opposed to a written document, the tone and meaning in audio resources is easier to gauge. As a primary source it is also less formal, so you can almost listen to it in passing like a podcast and not have to over-analyse the content. An oral history project, like this one challenges the idea that history is a one-sided phenomenon as multiple perspectives cover the same topic. It is therefore especially useful to someone conducting a microhistory on Limerick city, on its industries and its people, and their everyday lives.