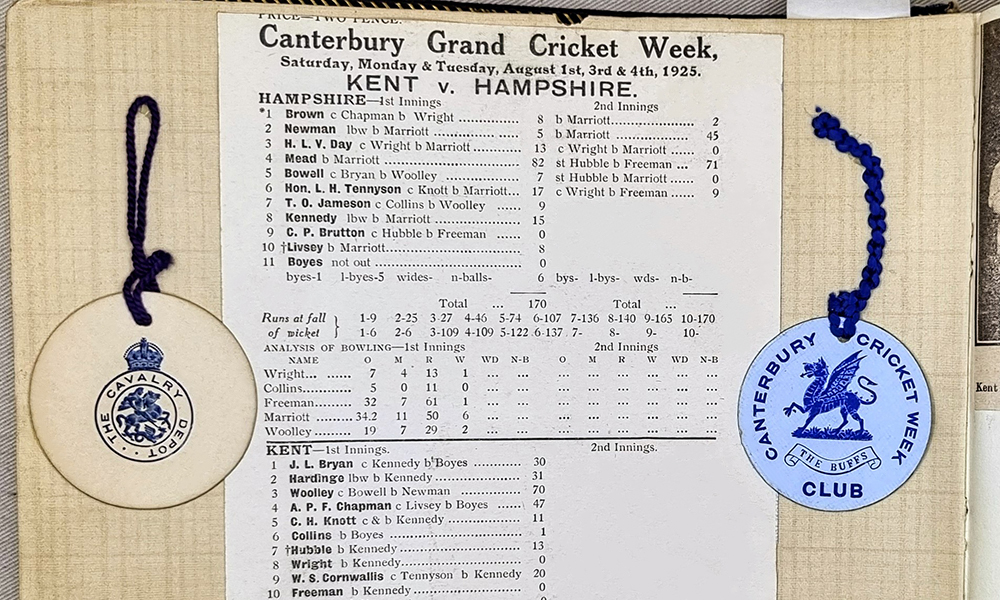 This post features a scrapbook, simply titled ‘Album’, a beautiful leather-bound book found today in The Armstrong Family Papers at Special Collections.  The scrapbook was one of many that belonged to Winona ‘Jess’ Armstrong of Moyaliffe Castle, County Tipperary. Jess was the third child and second daughter of Marcus and Rosalie Armstrong, born in 1893.

Her album measures 19 cm long by 23.5 cm wide and is filled with 116 pages of memories that Jess Armstrong collected between 1925 and 1926. On the inside of the front cover, an envelope, stuck to the cover, reads ‘Signatures & Photographs, Race Meetings, House Parties, Polo etc. Functions which I have attended”, signed W. Armstrong.

This scrapbook was one of many in her collection, and while some of her other scrapbooks had the pages numbered, this one has remained unnumbered. Unfortunately, the manufacturer of this album is also unknown. Within the 116 pages, there are keepsakes of a vibrant social life, with the most reoccurring items in the book being sports programmes, theatre playbills and photographs of her beloved dogs.

The front cover of the leather-bound scrapbook, P6A/14

In the summer months of 1925 and 1926, sporting events filled long days, held in Ireland and England. As a result, there are numerous match programmes from various sports in Jess’ scrapbook, including polo, cricket, horse racing, show jumping, and athletics. However, one of the most numerous sporting programmes in the scrapbook were those for cricket matches. In particular, on page thirteen, there is a match programme for the ‘Canterbury Grand Cricket Week’, held in August 1925. The annual Canterbury Cricket week is the oldest cricket festival in England. The event, founded in 1842, is still held to the present day in the first week of August. Since 1847, the event has taken place at the St Laurence Ground, Canterbury, where Jess would have been in the 1920s.

The 1925 Canterbury Grand Cricket Week was held on August 1st, 3rd and 4th. On the front page of the programme kept in Jess scrapbook, the teams named were Kent versus Hampshire. While cricket was the main event, there was also a ‘Ladies Day’, perhaps a highlight for many ladies, including Jess. Cricket was a popular sport among the landed gentry. Although the event was held in England, the wealth of the Armstrong family is made evident by their travelling to England specifically for it.

Jess enjoyed a vibrant social life and enjoyed many social outings. One of these outings was a night at the theatre. Indeed, it appears that attending the theatre was one of her favourite pastimes. She often attended the Aldwych Theatre in London where, for example, there was on 14 June 1926 a magazine programme of the production A Cuckoo in the Nest: A Misadventure in Three Acts.

A Cuckoo in the Nest is a comedy written by the English playwright Ben Travers. The plot concerns two friends, a man and a woman, who are married to other people. While travelling together, they are obligated to share a hotel bedroom. Naturally, everyone else assumes the worst, but the two travellers are able to prove their innocence. The play opened in July 1925 and ran for 376 performances. A film adaptation was created in the 1930s.

In 1927, Jess married Captain William Kemmis and settled at Moyaliffe, after a long courtship. In the 1930s, she and Kemmis established a stud farm at Moyaliffe. However, before their marriage, there are pictures of Captain Kemmis accompanied by horses in this scrapbook. These photographs were captured in 1926, during their courtship. 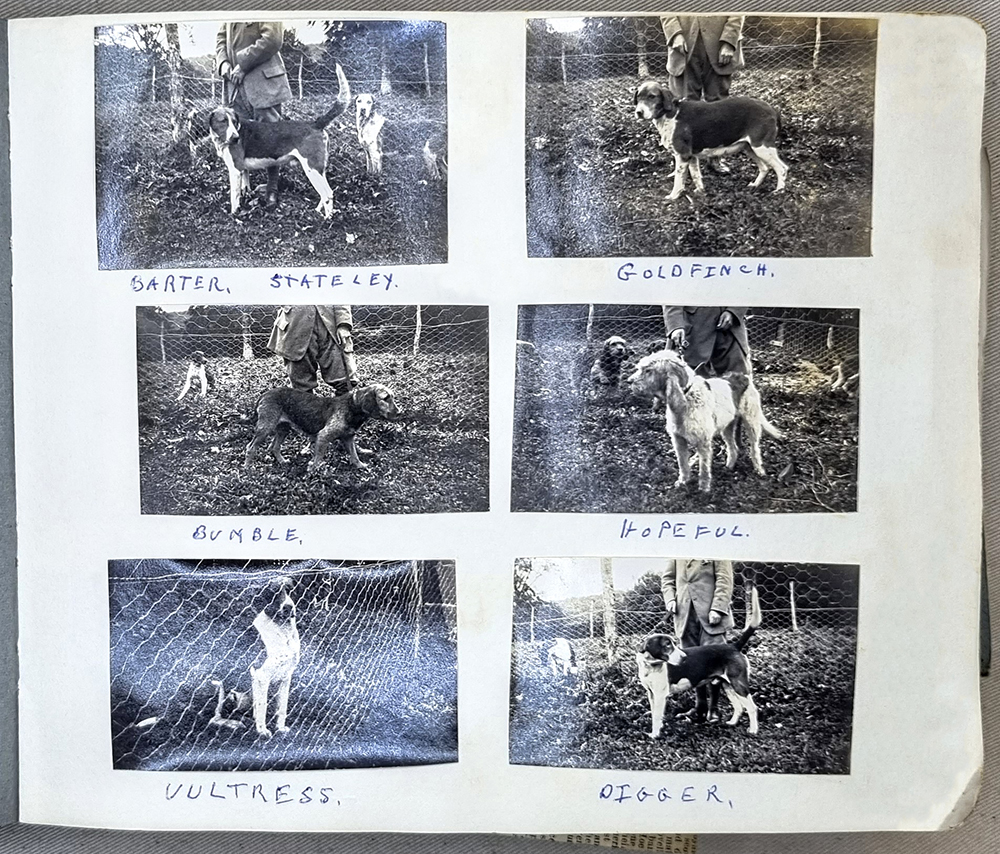 For the ‘Bright Young Things’, from the aristocracy and wealthier classes, life had never been better in the 1920s. Commonly referred to as the ‘Roaring Twenties’, there was an economic boom following the end of the First World War. As a result, nightclubs, jazz bars and cocktail bars flourished in the cities. In London, young, single women enjoyed a high lifestyle. While Jess enjoyed attending sophisticated social events, including sporting events and theatre performances, she did keep memories of going to jazz clubs. Her scrapbook includes a menu from Café De Paris, a jazz club in London, which still operates today. The presence of a jazz club like this one in London highlights the influence of America on England, and their popularity insinuated the love of a new lifestyle by many young people in England.

‘… through these words comes opinions into the world’

The Index librorum prohibitorum and the banning of books

Yasha is a natural yellow-brown dye extracted from cones of the Japanese alder tree and used to dye fabric and paper.

National Heritage Week 2022: The Bolton Library A to Z