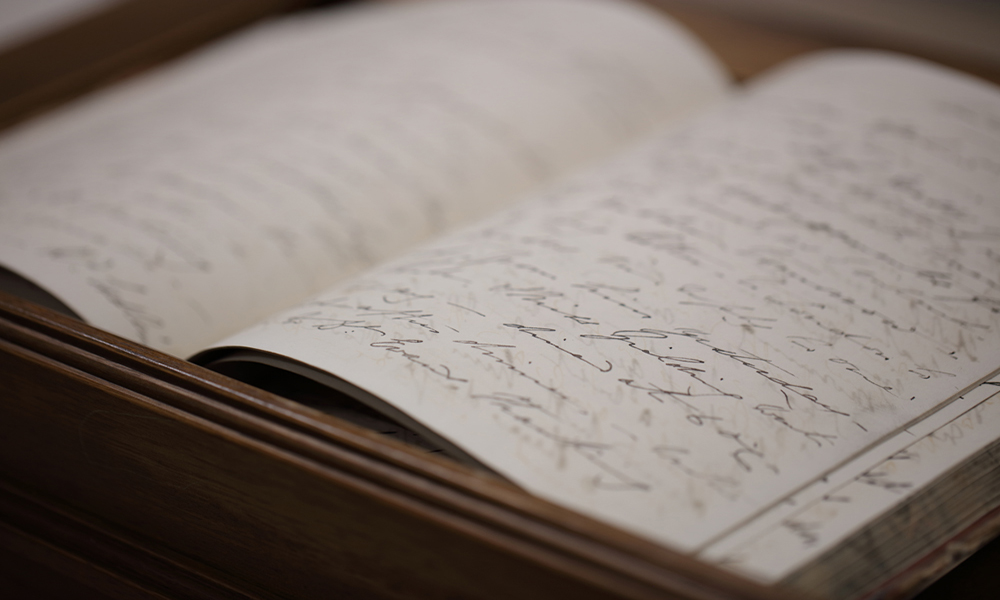 Over the course of a year and a half, I studied the life of Henry William Massy (1816–1895), who was a country gentleman living in the town of Tipperary, Ireland. To be more accurate, my research, carried out for a master’s dissertation, had a particular focus on Henry William Massy’s relationship with his family. The idea for this dissertation emerged after a transcription workshop held at the Glucksman Library where the archivists of the Special Collections and Archives department presented Henry William Massy’s diary. The diary is a fascinating document where Massy kept daily records of his ‘ordinary life’ from February 1839 to January 1842. As this dissertation was written between 2020 and 2021, the pandemic and several lockdowns have had a strong impact on the process of research. Fortunately for me, Massy’s diary, the main primary source used to build this dissertation, has been digitised and is available online.

Massy’s diary is a fascinating document, but as a primary source it is far from flawless. It has a broad issue which is something common to many diaries. Due to the private nature of this document, there is a lack of context and it requires a lot of research before any analyses and interpretation. To give an idea, reading Massy’s diary without previous research is like reading a novel in which many parts of the story are missing or skipped, and with too many characters that the narrator never introduces. This lack of context makes the whole diary very difficult to follow.

Therefore, the first step to understand Massy’s diary entries with precision is to gather as much information as possible on the society and people surrounding him. Again, due to the pandemic, most of the sources used to remedy this lack of context and complete the diary were records available online and often accessed through the very useful Glucksman Library database. For instance, much information was drawn from the Irish Newspaper Archives, the House of Commons Parliamentary Papers, and Ancestry.com. Then, to simplify the research Massy’s diary has been entirely transcribed and a list of all the individuals present in the diary has been established. In fact, more than ninety individuals are named by Massy throughout the 130 pages of his diary. The list includes the pages in which they are named, and when they are related to Massy it also gives the type of family relationship.

Massy’s diary allows us to approach some of the more private aspects of his life, such as the relationship with his family or his emotions. Among the dissertation findings, the relationships Massy had with his partner Maria Cahill and his children are undoubtedly the greatest surprise to be found in his diary. According to ‘official’ sources about the gentry, such as Burke’s Peerage, Massy married Maria Cahill in February 1838. 1 However, this information is contradicted by Massy’s own writings since it is clear from the diary that Massy and Maria Cahill had a secret liaison. In fact, Maria Cahill was from a lower social stratum, probably the Irish middle class, which was undoubtedly below the acceptable standing for the gentry and disapproved of by Massy’s family. The diary entries shows that Maria Cahill and Massy lived apart in different towns, and that they only saw each other secretly on a few occasions. They never married in February 1838, and this date mentioned in most sources about the gentry was certainly invented or manipulated to fit with their first son William’s birth in November 1838. In fact, from this liaison, two children were already born out of wedlock at the time of the diary: William (later known as Lieutenant-General William Godfrey Dunham Massy), born in 1838, and Anna, born in 1840. 2 Without the diary, it would be almost impossible to imagine that Maria Cahill and Massy were having a clandestine relationship. We must therefore be very cautious when using sources such as Burke’s or Lodge Peerage since, as seen in this case, through biased information, these resources mislead us with an invented marriage into thinking that this family had had a ‘normal’ relationship – which is to say, a relationship that followed the acceptable social norms and sexual behaviours of the nineteenth century. 3

Massy ended his diary in January 1842, and from this date his family life is mainly known from sporadic entries in census records. It appears that the family left Ireland (probably in the late 1850s) as we find them living in Kensington, England, in 1861. Massy and Maria Cahill then married in 1862 in Elham, England, after they had seven children born out of wedlock. Surprisingly, only a few months after the marriage, the family was living on rue d’Alger in Boulogne-sur-Mer, France, where their daughter Amy Evans Massy was born on 9 July 1862. 4 Then, they returned to England, and in 1871 they were living in Lee, Kent. 5 Finally, we find them in the French census of 1876, living on the rue du Chateau in Chatou, near Paris; there, ‘Henri Guillaume Massy’ lived with his wife ‘Mary Evans’ and their son Percy (Figure 3). 6 From what we currently know, there are no other surviving diaries or letters from Massy. However, a search for such documents is being conducted with his descendants.