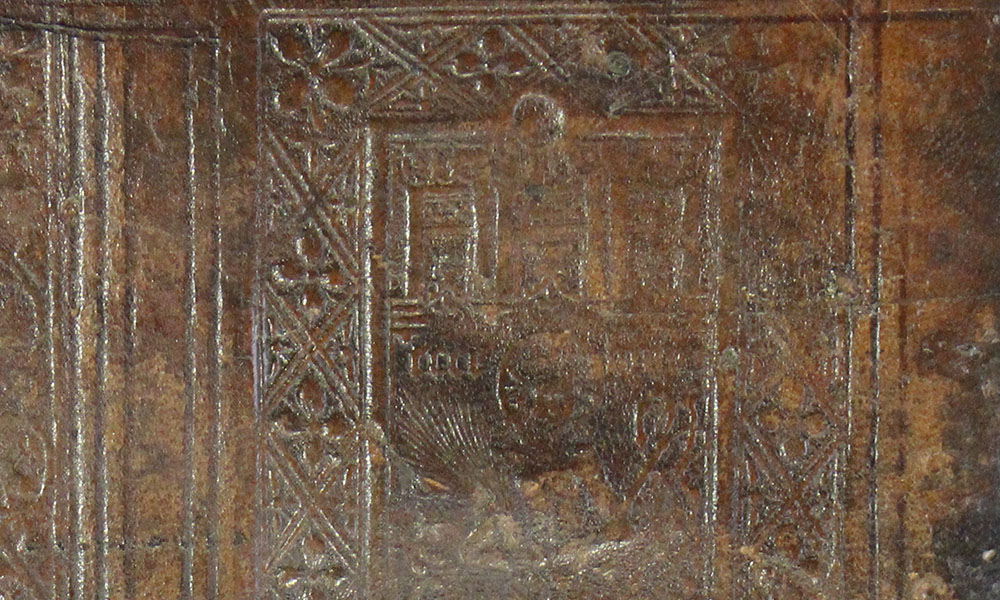 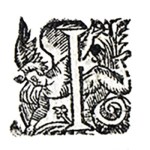 It is December 10th 1520 and Europe is about to witness a pivotal moment in its religious direction: Martin Luther is standing outside the walls of Wittenberg burning Exsurge Domine, the papal bull which threatened him with excommunication from the Catholic Church six months earlier.1 Several other items are burned by Luther that day, including a copy of today’s work, which he condemned for its teaching on penance and indulgences.2

Summa angelica is the work of Italian theologian Angelo Carletti (1411–1495), and when it was consigned to the flames by Martin Luther that day in 1520 ‘there was hardly any book more frequently printed, more comprehensive, and less objectionable …’3

The Bolton Library is home to not one but two copies of this work.

The first copy, an incunable4 printed in Venice in 1499 by Paganino Paganini, thankfully survives in numbers today5 in spite of Luther’s singular attention, but the binding which covers the Bolton Library copy is very rare indeed.

Rebacked6 here in the Bolton Library is a brown calfskin binding7 over wooden boards, with blind fillets8 framing a pair of panels. On the right is a Christ ‘pity’ panel, without a cross, framed by a diapered9 quatrefoil10 roll,11 while the accompanying panel bears vertical strips of largely fantastical creatures in foliage. Detail is difficult to discern in areas of this second panel as its tooling is now quite worn.

The bookbinding historian J. Basil Oldham (1882-1962), in his early 20th century opus on English panel bindings, found just two examples of this binding: one in Corpus Christi College, Cambridge and the other in Stonyhurst.13 It is unlikely that Oldham ever visited Cashel during his research, or indeed was even aware of the existence of the English panel bindings therein, and his omission of the example discussed here is therefore unsurprising.

The binding on the second copy of Summa angelica appears at first glance to be somewhat tamer, but it is nonetheless intriguing when viewed in terms of what we have become accustomed to seeing in the Bolton Library thus far. Once again, we find rebacked brown calfskin used over wooden boards, but here we find strapwork and knotwork rolls framing a central panel bearing a pair of vertical knotwork rolls.

Its rather distinctive aesthetic could be a late example of, or a nod to, mudéjar binding – a style quite uncommon in the Bolton Library – which flourished in Spain in the 13th-15th centuries ‘with Islamic decorative schemes: elaborate geometric interlace bands against a background entirely filled with hundreds of repetitions of small knotwork or cablework tools’.14

It covers the 1523 edition of the Summa angelica, here printed by Jean Moylin in Lyon, a printer much in demand due to the high quality of his work.15

An added treat here is manuscript16 waste from the gothic period used by the bookbinder inside its covers: annotated leaves with red and blue initials from what this cataloguer believes to be a glossed edition of Digestorum liber xxvi tit. v.

[bookbinders] used chiefly the texts of the canon and civil law, taking their share of the many ponderous manuscripts, Digest, Code, ‘Parvum volumen’, Institutes, Decretum, Decretals, Sext and Clementines, which were turned out of the libraries during the fifty years 1490 and 1540 and replaced by equally ponderous printed copies.

Bolted On #1 for an introduction to the use of bookbinding waste in the Bolton Library.

Do you recognise these words?

The musings of former owners are revealed