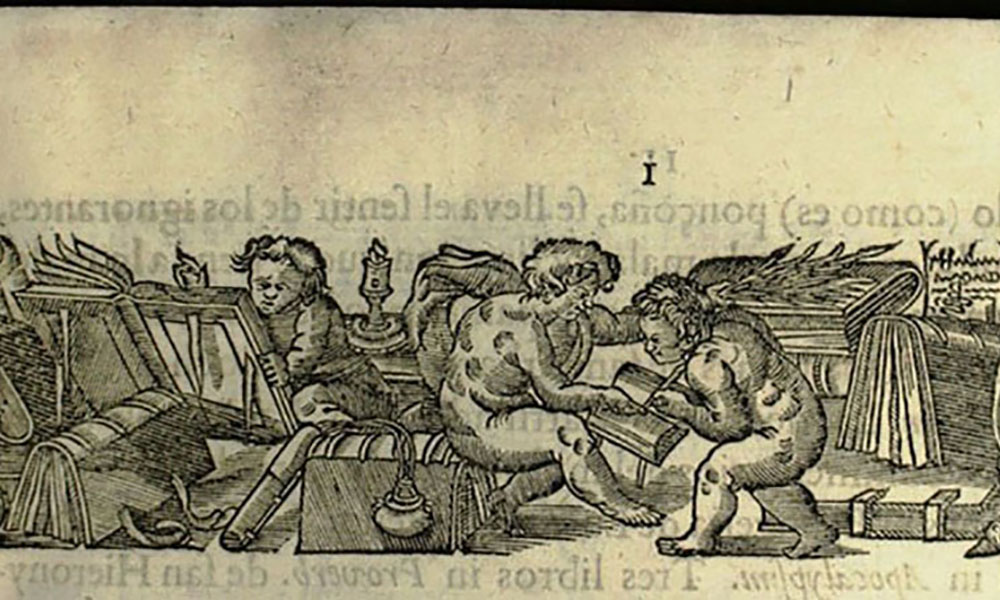 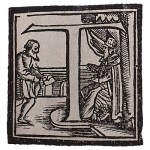 The matter of Bookes seemes to be a thing of small moment, because it treats of words, but through these words comes opinions into the world, which cause partialities, seditions, and finally warres1

The rise of printing – which we celebrate in the Bolton Library – and the Protestant Reformation threatened to swamp Rome’s spiritual and political authority, and the first appearance of an index of proscribed authors, works and parts of works in the early 16th century began a tradition of sweeping tomes which would continue well into the 20th century.2

This monumental index of banned books by Antonio Sotomayor, Inquisidor General de España,3 4 prohibits works and passages from Dante Alighieri and Martin Luther, to name but a few.

A selection of passages and works banned

In the 16th century work Index expvrgatorivs librorvm qvi hoc secvlo prodiervnt … ([Heidelberg] : Jean Mareschal, 1586) we have an index expurgatorius, essentially a handbook of ‘corrections’ to be applied to censored works and passages. The omission of a place name here is intentional, an attempt by its printer Jean Mareschal (approx. 1510–1590) to direct attention to Lyon while working in exile in Heidelberg.5

For this 1586 edition is in fact a pirated edition of the 1571 Antwerp Index, produced in Germany for the Protestant market and away from the prying eyes of the Catholic Church.6 It would also explain the item’s choice of dedicatee: Johann Casimir, Count Palatine of the Rhine (1543–1592) and adherent of the Reformed Church.7

Back in the late 17th century again, and now on the cusp of the Age of Enlightenment, we have this view of the Catholic Church’s proscriptive activities from another perspective: Disqvisitio academica de papistarum indicibus librorum prohibitorum et expurgandorum (Leipzig : Friedrich Lankisch der Jüngere Erben, 1684). It is authored by Daniel Francke (1641–1729), a native of Weida, who is identified as the superintendent8 of Wietz.9

We have a number of signed bindings in the collection,10 but rare indeed are markings from printers and booksellers. Bolton Library A.15.1 is an item signed by its bookseller, and we have two copies of it. Both bear the signature of Reinier Leers (1654-1714) below the avertissement au lecteur on the title page verso:

Signed by the bookseller

Histoire critique du Vieux Testament (Rotterdam : Reinier Leers, 1685) is a new edition of the critical history of the Old Testament by the French theologian Richard Simon (1638–1712), an author whose works are not uncommon in the Bolton Library.

The original French edition so incensed leading figures that it was suppressed, and all copies destroyed; this Rotterdam edition includes changes made by the author in the hope of pacifying its earlier critics.11

To own any of the titles listed in the Index meant punishment, not just in this life, but also in the next. For a book collector, however, their appearance may have rendered such titles very attractive indeed. The Bolton Library’s archbishops began amassing their collections not long after the publication of the 1667 Madrid and Rome indices. How many of the works listed therein have survived destruction as a direct result of the interest taken in them by our Church of Ireland collectors?

A good example is Vniversæ natvræ theatrvm (Hanau : Typis Wechelianis, 1605), collected here in the Bolton Library by Archbishop William King.12 It had been placed on the index, along with every other work by its author Jean Bodin (1530–1596), by 1628, and would remain a proscribed work into the 20th century!13

Quite apart from demonising authors and works in an attempt to safeguard vested interests, the indices of banned books now provide a valuable insight into Reformation Europe and the concerns of the Catholic Church.